“My biggest goal was to not go out first. Everything else was kind of going to build on that, but as long as I didn’t go out first, I was happy with how it went.”
Alumni Professional Recreational November 17, 2021

Happy Holidays! Ok, ok, it’s still only November; we haven’t even made it to Thanksgiving yet. But some of us have been celebrating the holiday season for months now… like our very own Chef Jody O’Sullivan. Jody picked up his baking tool kit and headed out to Knoxville, Tennessee last summer to be a contestant on Food Network’s Holiday Baking Championship. When we spoke with Jody, he said “I’ve been complaining to students in the last few weeks that it literally felt like Christmas for about 10 months.” Understandably so!

The Holiday Baking Championship is exactly what it sounds like – a competition where exceptional bakers try and wow the judges with their festive foods. In its 8th season on Food Network, and showing no signs of slowing down, this is its biggest season ever. Twelve bakers of varying backgrounds from all around America compete for $25,000, a spot in Food Network Magazine, and the opportunity to showcase their work for judges Nancy Fuller, Duff Goldman, and Carla Hall… not to mention the rest of the world via streaming. We’re so proud to have one of our own setting his sights on the prize! How did he get here?!

Jody was contacted by Food Network and asked to apply. It’s as simple as that. “A casting agent contacted me in January and said. ‘Hey, we like the look of your Instagram profile; why don’t you just apply? We really think you fit the bill.’ So I did. Three interviews over the next six months, and I was finally on the show.” Social media has proven to be an incredible way to connect with a wider audience. Pastry chefs and bakers are doing some amazing work and getting the credit that they’re due. Obviously, Food Network knew this was where they needed to source their contestants from – they’ve got their finger on the pulse of the culinary world! And what pastry chef would turn down an opportunity to show the rest of the world their skills? Not many. When the Food Network calls, you answer! But once you answer… what happens next?!

You get flown to Knoxville, TN! Well, at least in Jody’s case. As it turns out, shooting a show about the celebration of holiday desserts during the summer was actually the perfect way to do it. Who knew? Jody told us that “it has its benefits not having anything to do. There’s not a lot that was going on there in the middle of the summer so we could just stay focused on purely business.” And focused he stayed. If you’ve been watching, he’s made it through weeks 1, 2, and 3, which was his main objective. “My biggest goal was to not go out first. Everything else was kind of going to build on that, but as long as I didn’t go out first, I was happy with how it went.” We honesty can’t wait to see what he tackles next with his sweet skills. Onto week 4!

Before all that, Chef Jody had to step onto a Food Network set, which can presumably be intimidating. But Jody seemed confident as ever in the kitchen when we tuned in, even though he let us know that wasn’t always the case. “Definitely super nervous to start. I would assume there would be shots of my hands shaking in that first episode. Then you kind of get used to the whole thing, like the run of how the day goes, the run of the kitchen, how the show is filmed, all of that you become familiar with it and it’s easier to get into a comfortable enough zone, and you can conserve your energy around it.” Luckily there were no closeups of jittery hands for the world to see. Only topnotch pastry skills.

Techniques from the Show: Autumnal Leaves

Techniques from the Show: Marzipan Bird

Those skills were really put to the test. This is Food Network! Of course they were! But knowing that wouldn’t stop you from feeling that pressure! “You know how to do more or less everything as a pastry chef. You’ve touched on some stuff at some point in your life, but touching on it and actually having to do it and bring it back into your head when you’re told like 5 minutes before your actually making something – it’s like they are two completely different things. So, hugely challenging from that point of view.” What? You don’t have the recipes for all the components to an out-of-this-world holiday spectacular Yule log memorized? No, we don’t either. It seems just a bit tricky, especially when there are multiple cameras pointing in your direction and Jesse Palmer is asking you to explain what you’re doing while peppering his comments with his infamous dad jokes. Just another day in the kitchen – controlled chaos.

To make it through all this, you’d want a support system. Being away from your family and friends had to be hard, but it seems like Jody found his own way to thrive under pressure – the other contestants. Jody told us that the other contestants were “all great. I didn’t expect to like them as much as I do. I suppose you throw a bunch of extraverts into a room and see what happens, they’re either going to get on really well or there will be like factions within minutes.” This team of individuals was competing against each other, but also uplifting each other. “They are super super nice people as well as super talented bakers. We’re all still in touch, which kind of says everything.” It absolutely does. And you can see it in the episodes. Sure, there are playful jabs here and there, but the underlying sentiment is enduringly positive. What an amazing bonus, to come away with this experience with. It must have been a real asset to have the support of your competitors. Especially when the judging got rough.

And the judges pulled no punches. “They are perfectionists to say the least. They miss absolutely nothing. Absolutely nothing. Unbelievably sharp. There’s a reason they are where they are. I kind of expected I’ll throw this in and nobody will notice, but of course they did.” Nancy, Duff, and Carla have a keen eye for pastry and selective taste buds. They’ve been in this industry for some time now and have left their mark. What a treat to be able to present something you’ve lovingly crafted to them. We can only imagine the high highs and the low lows. Ultimately, was it worth it?

It seems like a yes, even if there are a few small things he wishes he could change. “I’m happy with how it went. Definitely things I wish I had done differently. We filmed in June, and Im thinking about it so many months later in hindsight, and, oh geez, I wish I had done that differently or I wish I had done this instead of this, but like you’re so on the spot for a lot of stuff it’s like well, I’m just going to have to go with it.” Ah, the curse of the pastry chef. Perfectionists. We sometimes can’t help ourselves even if the final product is stunning. It’s great that Chef Jody was able to look beyond the noise and enjoy the experience for what it was. But would he do it all again?

The answer might surprise you. Jody said “I would absolute love to do it again if the group was the same.” How amazing that these like-minded pastry people found each other. “I really got along with the people on the show, there were no egos. It was great fun because the people were great. Unless it was the same kind of dynamic in the group, I’m not sure it would be the same.” A real gamble!

Whatever happens next (believe us, we do not know) we are so proud of Chef Jody for what he’s accomplished. This is no easy feat! The pressure to achieve the perfection that we chefs put on ourselves is usually enough. This is a heavy additional bonus – being featured on the world’s stage. If anyone can do it, it’s Chef Jody. He teaches our pastry students high-level baking and pastry skills, but also how to stay cool under pressure. A kitchen must! He shows them ways to save a batter, fix their fondant, and make mistakes into masterpieces. Put that in your tool kit! That and knowing when to throw it out and start from scratch. Sometimes you just have to let it go. But this was an occasion to hold onto and celebrate. No restarts. No regrets. In the 2.5 years Chef Jody as been at CSCA, he’s become part of our family and we’re all the better for it. We’re definitely going to tune in to see what he does next.

Learn directly from Chef Jody!  Sign up for one of his upcoming Recreational Classes! 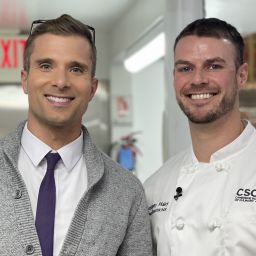 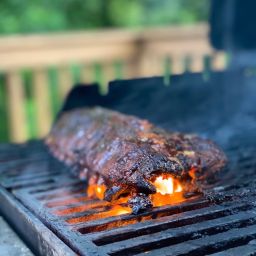 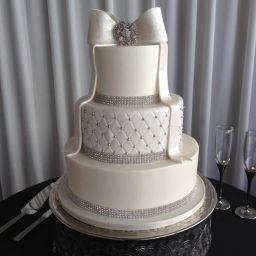 Cake Decorating Tips and Tricks by Chef Julie
18 May 2021 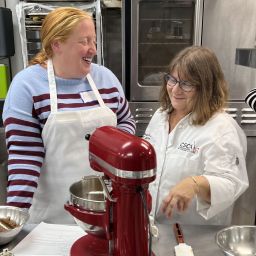 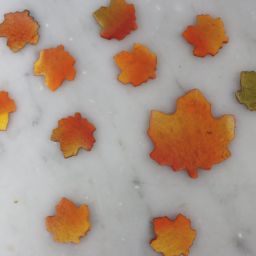 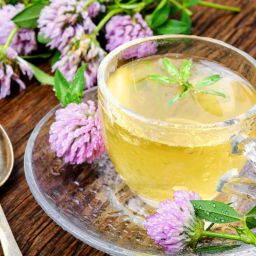 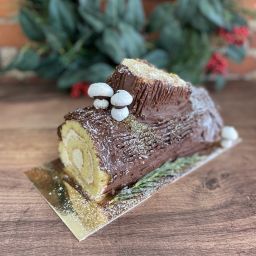 Bûche de Noël: Wow Your Friends and Family With This “Bougie” Dessert!
15 Dec 2021 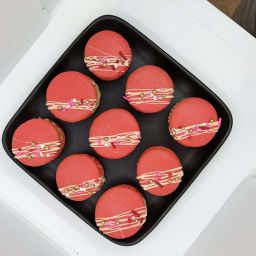 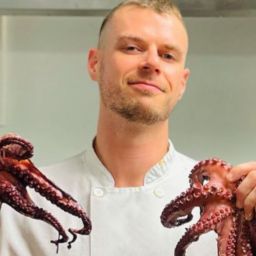 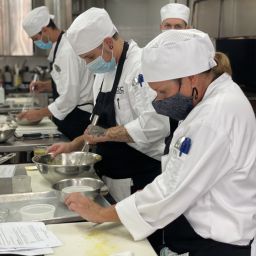 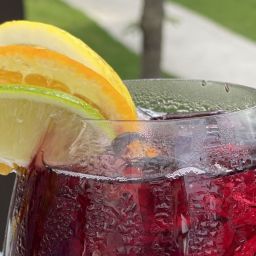 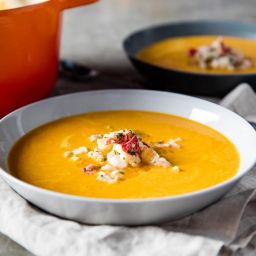 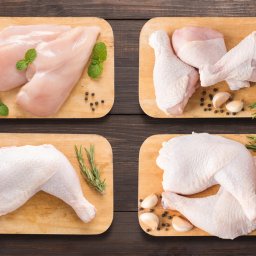 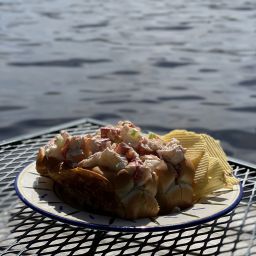 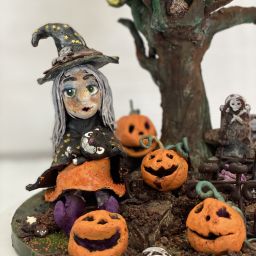